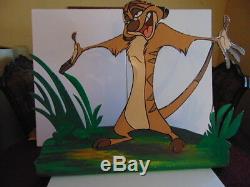 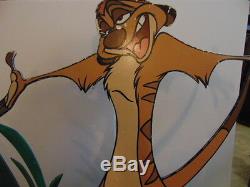 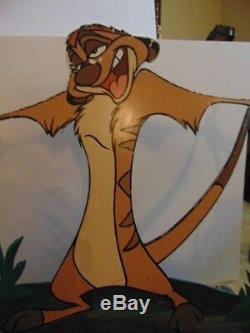 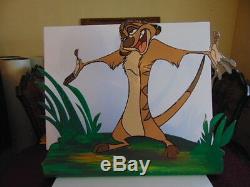 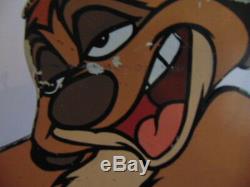 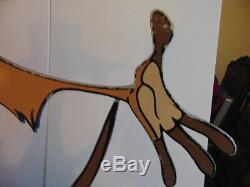 Walt Disney World Stage Show Prop From Lion King: Timon Big Fig. Is a comical meerkat and the lifelong partner of the warthog Pumbaa who appears as a supporting character in Disney's 1994 feature film The Lion King.

And related media, most notably the 2004 spin-off film The Lion King, where he is the foremost protagonist. Made out of metal, Length: 30 inches; Width: 33 inches.

The item "Disney World Stage Show Prop For Lion King Timon" is in sale since Sunday, December 25, 2016. This item is in the category "Collectibles\Disneyana\Contemporary (1968-Now)\Theme Park Souvenirs".