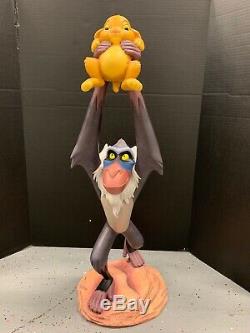 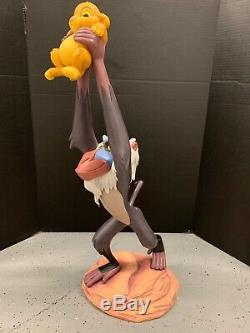 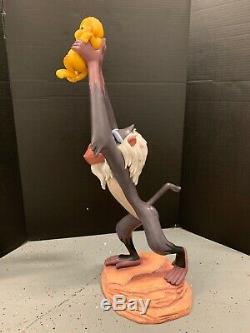 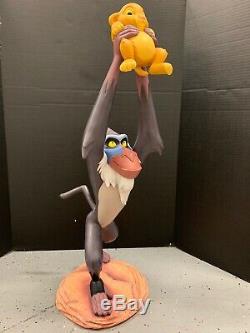 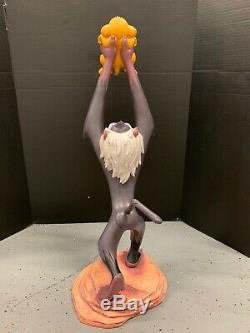 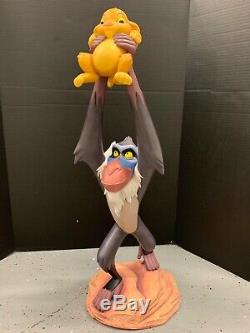 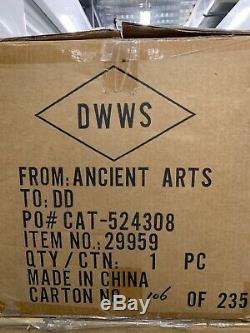 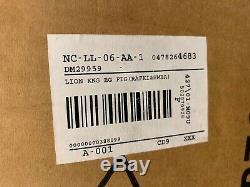 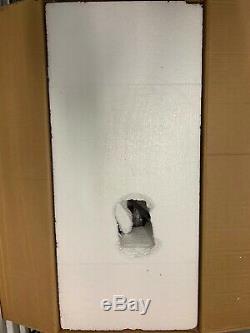 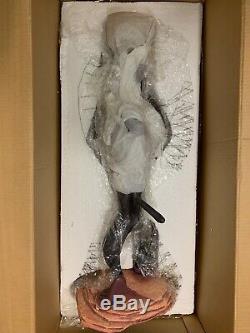 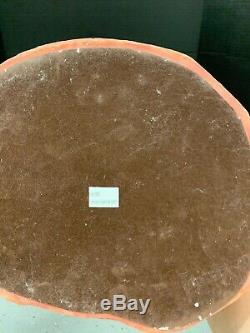 This big figure features Rafiki holding a baby Simba on Pride Rock from Disneys The Lion King. It was designed by Kevin Kidney and Jody Daily and released through the Disney Catalog right around the time of the tenth anniversary of the film.

One of a handful of big figures released through the Disney Catalog, only 235 pieces were manufactured and this piece has long been retired. This spectacular figure perfectly captures this iconic scene from The Lion King. Rafiki stands resplendent, proudly holding a young Simba, the future king, high in the air atop Pride Rock for all the kingdom to see.

This is simply one of the largest Lion King figures there is, measuring 30 inches in height. A rarity among big figures, Rafiki and Sima is in excellent original condition and free from chips, cracks, or other damage. You simply dont find them this good!

As this piece has been displayed, it does still have some superficial dust on it, but nothing a quick dusting wouldnt remedy. This is a rare figure in fantastic condition and would be a wonderful addition to any Disney big figure collection!

The item "Disney Catalog LE 235 Big Fig Figure Lion King Rafiki Holding Simba RARE" is in sale since Saturday, May 11, 2019. This item is in the category "Collectibles\Disneyana\Contemporary (1968-Now)\Limited Editions". The seller is "pieceofthemagic" and is located in Orlando, Florida. This item can be shipped worldwide.